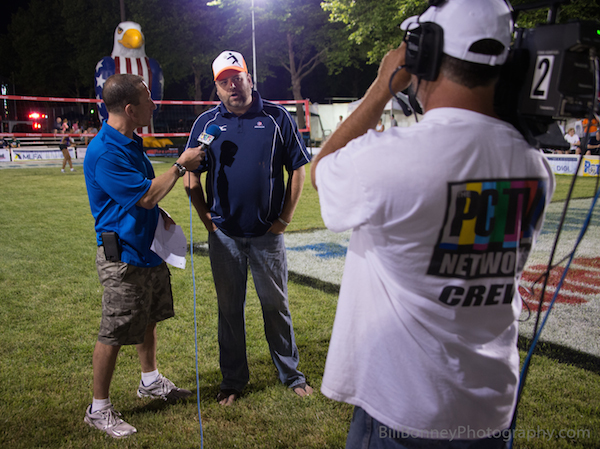 When I started coaching in 1992 (at the age of 18), I thought I would set the world on fire.  My first job was as a volunteer coach at a local club.  Ironically, I was assigned to the current 18U team, so I was basically helping to coach girls that I was just in school with the previous year.  Basically, I was just a ball shagger and water bottle filler.  The problem was the head coach was mediocre at teaching the game and even worse in developing me as a coach.  We had no boys team in high school, and the club scene was really non-existent in Pennsylvania at the time.  I learned to play the game simply by “playing the game” at the age of 12.  I “cut my teeth” playing 5 days a week during the spring and summer on grass courts and beaches up and down the east coast.  That was the only knowledge I brought to the coaching realm.

I heard that my Alma Matter was close to starting a boys team and that was all I needed to hear.  I decided at that moment I would dedicate my passion to coaching the sport I love.  Don’t get me wrong; I still was passionate about playing.  I just knew that window was very limited.  I began to surround myself by every book I could find.  I would stand in the corner at events and listen and watch the elite coaches.  This was long before YouTube and Facebook, so I tried to find every volleyball VHS I could to study games, methods, and player development.  I became a “Vollydork”.  I ended up getting the very first JV position for the new boys team.  I held that spot for three years when I was offered the head coaching position.  A position I would hold for 10 years.

Over the course of those 10 years I would go on to win 100 matches, make  few deep playoff runs, and even coach an All-American.  I even did a 5 year stint at a local community college which was really more like being a fan.  I got to recruit the best high school kids who didn’t know what they wanted to do next.  I won 100 matches in 5 years at the Community College, but to be honest, I had little to do with it.  I just had really, really, really good players.  In fact, to this day I stay in touch with them because I had such a great time being around them.

Recently, I decided to make the jump to the college game.  It was a huge deal for me because it would be the first time in 15 years I was not coaching in the spring.  I would be leaving the comfort zone that I created.  It was during that time that I did a little soul searching.  It was not the big games, the wins, or the loses that kept coming to mind.  It was the journey, the stories, and the kids I coached that went on to become coaches them self that came to mind.  That is when the idea for this site came to mind.

I wanted a site that I could actively add content to that was not the typical “drill site” or “how to coach” site.  I wanted a site where I could pass on some of my knowledge and share some of my war stories.  I also wanted to help coaches the way I wasn’t in the beginning.  There are a ton of places and resources for how to coach the game of volleyball, but very few places to learn how to be a “coach”.  Lastly, I just wanted a place to store my memories, thoughts, and ideas.  Hopefully, at the very least, this site will get you thinking.