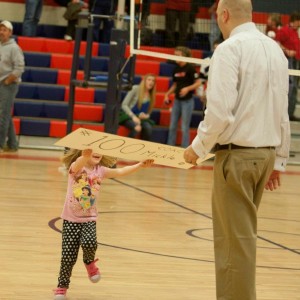 This particular blog has been very challenging to write. Normally, I get the framework in my mind and I jot it down. Then the rest begins to flow. This has not been the case. My original title and premise was going to be about coaching burnout. I have had this uneasy feeling for a little over a year. I just assumed I was consumed too much by the sport and it was finally taking its toll. I will have been coaching for 23 years this August. There was actually a time when I was coaching 5 teams in a year (boys and girls HS, boys and girls club, and junior college). Add in the coaching and playing in the summer as well. The only real challenge was that the men’s junior college and boys high school season overlapped for 2 months. I found myself going from a high school practice 3-6 to a college practice or game 7-9.

Then came the rest of life as well. I got married (to an amazing and tolerant wife) who handles being a volleyball widow better than anyone I know. Then came the kids. My three kids are pretty darn amazing with how much they loving seeing me as a coach. When I got my 100th college win before they born, but when I got my 100th high school win, it was one of my favorite moments in life. Seeing my oldest come running onto the court with the sign. In the blink of an eye, they grow up. Morgan will be 7 on July 4th. Lily will be 5 on August 4th, and JD will be 2 on September 4th. Yes, they are all born on the 4th, and yes it is as close to “out of season” as you can get. Of course, we can’t forget that I have been back in school since 2007 getting my Associates, Bachelors, and finally my Masters degrees. That obviously consumed a lot of time as well. Luckily I was self-employed, so I could make my schedule work for schooling, family, and volleyball.

Something had to give a little, and the easy choice was to slow down my playing. I was getting older so my knees were always hurting; it was hard to travel to tournaments alone. It was even hard to travel to tournaments with the whole family. I used to have a backpack and a cooler. Now, I had to pack bags and bags of clothing, boxes of toys, diapers, food, milk, etc. It just seemed the easy answer. I would still go to events and hang out, but my playing career was pretty much over by 2011. I played a local charity event once and I played as a “serving specialist” at adult nationals in 2014. Both events were nothing more than a social event for me.

Then this past college season, it just hit. I was borderline hating the sport of volleyball. Don’t get me wrong, I still gave it 110% as a coach and club director, but it now felt like a job. Our team would be tied 13-13 in the 5th set and all I was thinking about was the technical aspects of how to win. There was no “pit in my stomach”, there was no nervousness at all. We were either going to win or lose. Either way, after the match I would watch the video in figure out why the outcome happened. Those that played for me in high school knew that I had a ritual. I would pretty much throw up before every match. I would get so excited and my nerves would get so bad. It was just part of my process. Captains meeting, coin toss, cookie toss. So when this stopped happening (well, not the throwing up part, but the nerves), I started to look at things. I thought maybe I hated being a club director. While I have great coaches and parents, you will always have issues to deal with on some level. Every coach and every parent will not be 100% happy all season. I am sure I took it out on my coaches, and for that I am sorry. Parents; I just avoided as much as possible. I went from having drinks with some great coaches and parents to not wanting to open up QuickBooks to deposit club dues or balance the books, because the thought of dealing with the sport burdened me. I wasn’t there for my coaches, my parents, and most of all my players. Now, don’t get me wrong. I didn’t sit in the corner and cry or run away from people. I just hard a hard time motivate myself to be around the sport, and by extension, the people of the sport. I would go straight from the gym to my hotel room and watch TV alone at travel events. I did not really go out on the town like I used to when away. I basically became “volleyball depressed”. It was not a clinical depress of sorts. The rest of my life was going pretty darn good. I was getting good grades, hanging with my kids, and my wife and I always have a night out together each week (for the most part). So it HAD to be volleyball causing the problem.

Burnout was the obvious problem. I was getting my CAP I, BCAP I, CAP II, BCAP II; and eventually joining USA Volleyball Cadre. I could not learn enough. Books upon books, blogs upon blogs, conversations with Kessel, and discussions in the VCT forum. I was just consuming too much volleyball, sports psychology, and motor learning. It was so obvious and staring me in the face… Or was it?

School ended. Certifications ended. Seasons ended. Here I was assisting the Penn Blast team (that is the PVL pro team for those who do not know) in the semi-finals of the national championships. It had been almost a month since I was in a gym or coaching volleyball. We are going to the 5th set against Team Pineapple, led my Olympic gold medalist Lloy Ball. The winner will play for the National Championship and $10,000. The score was 5-5 in the fifth set, and you want to know what was going through my mind? “I hope they call a timeout soon, so I can make sure my stats are in sync:” I remember that there was then a timeout around 5-7 I think. I wanted to mark the time, but when I hit my FitBit for the clock, it when to the heart rate monitor. Want to guess what it was? No, seriously, guess. It was 73 BPM. A fifth set, for a chance at a national title and $10,000, against a team that I respect more than they may ever know. My heart rate was 73 BPM. To put it into perspective, that is the temp of the Beatles song “Hey Jude”. One of the biggest moments of the year for me, and my body was at a middle school dance.

We ended up losing that match, and going on to win the bronze medal (again). However, something funny also happened that weekend. I got to play Libero for the Net Live sitting volleyball team. It was an amazing experience. I got to play with players that most likely never knew (until now), how much I respect and look up to them (even though I was one of the oldest on the team). Forget about their volleyball skills, they are just awesome people and ambassadors to the sports and life in general. But here is the crazy part. It is all I think about when I look back on that trip. Two matches I played. Sure, one was for the bronze medal as well, but it is not like I played the full schedule. In the grand scheme of the Nationals trip, it was about 20% of my total time. Yet, as I type this and think back I start to get a bit of goose bumps, my heart rate is higher now then during the PVL match, I just keep thinking about playing those matches.

All of the sudden last week it hit me. It was not burn out that was causing my issue. I had grown to resent volleyball because I stopped playing in hopes of becoming a better teacher. The video, the stats, the books and the blogs. They were just words on a screen, just ink on pages, and just images for me to analyze. I had forgotten what it felt like to leave it all on the court. Win or lose, the sweat would be my currency to pay the sport. I forgot what it was like laying awake the night before a big match. I had forgotten was passion for the sport felt like. My memories of playing were now like watching a news story about a land I have never been and know no one from. It was not burnout at all. It was resentment because it took my feelings away and I didn’t even know it was happening.

So now what? I really don’t know. I am not even close to being in shape (yes, I know that round is a shape) to play at a competitive level anytime soon. I am not sure physically I would be ready for any events this summer, without risk of injury. What I do know is what caused my volleyball depression. I know how to fix it. I know that at some point, if I want to be the best for the sport, I need to start playing again. Like G.I. Joe said, “Knowing is half the battle”.