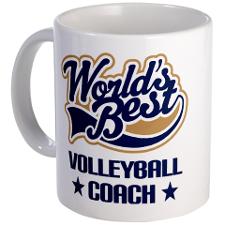 I try not to get to “controversial” in my postings, but this one may cause some people to get heated.  I want to start off by stating that we (as coaches) all have our own style and philosophies.  I am not trying to push my coaching philosophy on anyone or to try and hold myself on a higher pedestal than other coaches.  Lord knows I have a ton of flaws and issues as a coach that I am constantly working on.  So please take this post for what it is worth…Just my thoughts and opinions.

I had a discussion not too long ago with “Legendary Coach” (I don’t like to name drop, so I will keep this as bland as possible) at a CAP class that eased my mind a bit.  It was about developing players and programs and some of the pitfalls that happen to coaches.  The main topic quickly became teaching the “proper technique”.  How many times have you seen a high-level player (well, high for the level they are at) and notice something was not the “norm”.  Most of the time we can see it with footwork.  You have a stud pin hitter who is leading the team in kills and efficiency, but you notice they are “goofy footed”.  Enter the dilemma.  Almost any traditional thinking coach will tell you that you need to fix the footwork.  This is where I begin to question “why”?  Don’t get me wrong, I am all about teaching what I believe is the proper technique and skill set, but if the end result is putting up the numbers and winning matches, why change it?

There is this myth that if a player is getting 10 kills per match with incorrect technique, that they would get 20 kills with “proper” technique.  While it is not a scientific study, I do have a personal experience that may disprove the entire thought process.  I had a high school player who led the conference and was one of the top-rated players in kills and hitting efficiency.   We did not really have a database to show where the player was at in the entire state, but from what I saw and what we compared with other coaches, the player was very close to the top.  A college coach was very interested but they first words out of their mouth was “Yeah, but we have to fix that whole goofy-foot thing”.  I just shrugged it off.  The player went on to that same college and was a starter right away.  The very first match I noticed that they did in fact “fix” the footwork.  The approach, swings, and contact were picture perfect.  The downside?  The players’ kills and efficiency went down by almost 50%.  Obviously my first thought was not “oh look, they changed the footwork and not the stats are down”.  My actual first thought was that it is now the college level and the game is a lot different than the high school level.  The player went through that season and another with mediocre results.  They were productive, but not what the player (or I) expected.  The end of the second season brought a change in coaches.  After watching the player work constantly on the correct footwork, the new coach ask they player why they practice that aspect so much.  The player told the new coach the story.  In a CRAZY bold move, the coach told the player to do what they felt was comfortable and natural.  The coach said they did not care if it was “correct” or “goofy”.  They just wanted the player to be comfortable and productive.  The player actually thought about it longer than I thought they would.  I am sure you know where this story is going.  The player switch and had a pretty amazing next two years.

I shared that story with the “Legendary Coach” and I was amazed at his response.  He basically said (total paraphrase here) “Toward the end of my coaching career, I realized I was doing it all wrong.  I would spend time correcting things I didn’t need to correct and way too much time trying to get players to fit my system.  I wish I would have started fitting my system to my players long before I did.”

I guess my point of this entire post is what makes anything “proper”?  Is the three-step approach proper?  Is the four-step approach proper? Right, Left, Righ-Left?  I know the purist will fire back and tell me that the biomechanics support one method over another (the shoulders open up to the court, giving more options, etc.).  The question is, if you are getting the results you need or want with your method, then why is there a need to change it?  Maybe it is time we stop thinking about techniques being incorrect and think of them as being unique.  I think I will start putting a “u” into the spelling of technique, so I can say “Let’s put the unique in techunique!”

4 comments for “The Myth of Proper Technique”