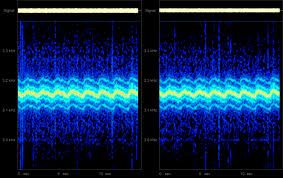 You set the tone.  It is a very simple sentence, but it is one most coaches forget.  When I first started coaching high school boys’ volleyball, I wanted to make sure that part of “me” was evident in the perception of the team.  I was always a laid-back “beach” player.  I would take flip-flops 100 times over sneakers any day.  In fact, there was a rule put in the NFHS rulebook because of me.  I coached a whole tournament barefoot once.  When the head referee (in the whole state) argued with me, I asked her to show me in the rulebook where it said I had to wear shoes.  Sure enough, the next year it was in there.  I wasn’t doing it to be a jerk.  It was just my lifestyle.  I really did not think about how it affected the team.  I am not talking about what people thought of me (or by extension the team).  As for the team, I never made them “dress up” for games.  Don’t get me wrong; I didn’t let them look like slobs either.  I just felt like it was cool to go against the “establishment”.  Heck, I don’t even know what the “establishment” was. I just knew I wanted my team to be different.  We were different.  We were losing.  We had the talent, but just never could get over that .500 hump.

That is when it hit me.  All the little stuff I was not worried about was the stuff that got teams to the next level.  I started coaching in a shirt and tie (or a polo if it was hot).  No more flip-flops, no more jeans.  The next thing I noticed, the kids were starting to dress up on their own.  Some wore ties; some wore polo shirts.  What was gone were ripped jeans, board shorts, and a slew of bad shoe choices.  That is when it hit me.  What else could I change that would filter down?  I started to come in a little earlier to practice.  I would get all my papers; books, etc. out and ready to go.  In the past I would talk to the kids, start warm-ups, and then get my stuff ready.  The next thing I noticed, players were coming in earlier and getting started on their own.  There were no more instances of kids forgetting sneakers or shorts for practice.  This lead to more intense practices which in turn lead to more wins.

The last thing I would like to suggest is to buy in to your program.  I mean that literally.  Open up the wallet and buy yourself team gear.  First, if you do it right you can use it as a tax write-off.  Next, is that it shows you care.  If you are showing up at every practice with a shirt, hoodies, etc. with the team/school logo, it shows you are invested in the program.  It is probably the simplest thing you can do.  Whenever I walk in to a gym (that is not mine) and I see a coach wearing a random shirt, I think to myself “do they want to be somewhere else?”  We see it all the time with club volleyball.  A high school coach will wear a club shirt.  Do you want your players to think you would rather be coaching your club team over them?  I know this may seem like such a low level idea or even grasping at straws.  Trust me on this one.  If you are willing to invest 4 months (or more) of you life to a program, you should be willing to invest some money in swag.

You can tell the players what to do, how to dress, and how to act.  The truth is that when it comes right down to it.  You set the tone in the gym.

← Be Honest
Thermometer vs. Thermostat →

3 comments for “You Set The Tone.”